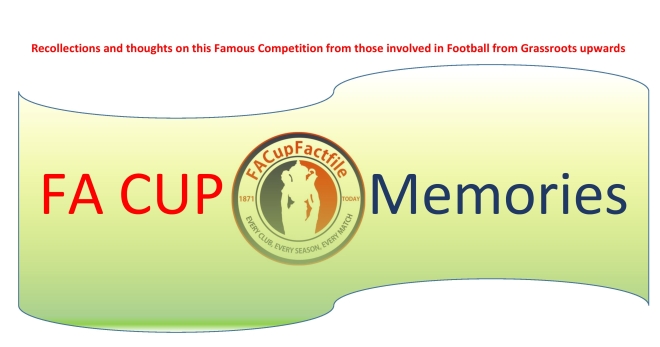 This is the sixth in the exclusive first series of FA Cup Memories from all across the football spectrum.

Every day from May 1st, 2020, a new set of FA Cup memories will be published via this FACupFactfile blog and today is the turn of an author and football journalist with forthright views on the modern game.

Connection to the world of Football: F365 columnist for 20 years. Writer of football books and crime novels. Occasional broadcasting.

First memory of the FA Cup: John says, “My first really strong memory is of something that happened in the endless run up to the legendary 1970 Leeds v Chelsea final.  Two hard kids at school (I was 8, nearly 9) collared me and demanded to know which side I was supporting. One of them supported Leeds, one Chelsea. They didn’t really support them at all, of course, this was their violent little ruse to make sure one of them had an excuse to beat you up.

So they demanded to know who I’d be supporting. Although I wanted Leeds to win, I knew their modus operandi. So I turned the table on them and in turn asked them who they were supporting. Feeling clever, one said Leeds, the other went for the London side. ‘Fuck off, I said. I’m a Boro fan. And so should you be. I don’t care who wins.’ This puzzled them – they were guilty of local club disloyalty – that wasn’t cool. They released their grip on me as they tried to work out how to reply and I legged it at speed.

Appropriately enough, both the final and the replay were some of the most dirty and violent in British football history.”

An unusual first memory of the FA Cup, but it was dangerous following football in the 1970s and ‘80s. As a Leeds United fan myself, following them home and away in the dark days of the Second Division in the 1980s I encountered many occasions when life or limb was in danger – Bolton Wanderers and Barnsley away particularly haunt me.

However, the only time I felt really threatened at an FA Cup match was when I went with a Chelsea fan to watch them play Wigan Athletic at Springfield Park in a 3rd Round replay in 1985. Animosity levels were sky high throughout the game, despite or because Chelsea won the match easily, 5-0.

It was after the game when the problems started as both sets of fans squared up to each other in running battles around the terraced houses and streets between the ground and the station. Not supporting either side, I didn’t want to get caught by anyone because reason never came into whether or not you’d get a kicking. I ended up cowering under some random porch until the worst had passed, then raced to the station when the coast was clear.

Favourite memory of the FA Cup: John says, “Jim Montgomery’s double save in the 73 final was amazing. In fact that whole day was brilliant. Although we lived on Teesside everyone wanted Sunderland – who were not a very good second tier side – to beat that wonderful Leeds team, but no-one thought they could. Our street was deserted during the game. Then, when the final whistle blew, you heard people cheering from inside their houses, kids coming into the street to dance around, yelling.

It was amazing considering no-one was a fan of Sunderland normally, but that day, we all were. We didn’t know it back then, but these were the glory days of the cup when the country all but came to a stand-still, it was the biggest game of the season and we couldn’t have imagined that not being the case.”

There is definitely something about this Sunderland versus Leeds United FA Cup Final that has embedded itself into the consciousness of fans of a certain generation, regardless of whether or not either team was supported.

Some say it is the regarded as the biggest FA Cup Final upset and that’s why it’s remembered so well. Others argue that everyone who didn’t support Leeds United wanted Sunderland to win, and so as John described, even though they were not Sunderland supporters they still ended up dancing in the street.

More likely it is because memory has been reinforced by it being trotted out by TV broadcasters every time Sunderland or Leeds United play in the FA Cup, or every time they want to recall the FA Cup’s best moments, or every time a giant-killing is likely. This and Hereford United versus Newcastle United are the go-to clips every time.

John says, “It was an unusually lucky win for Pools. My memory is that they were battered for most of the game. Scored the winner in the 83rd, should’ve conceded a penalty for a handball in the last minute. We all knew it was handball, it was obvious. Everyone was laughing when the ref didn’t give it.”

This was football. It wasn’t fair when it happened against your team, but it was brilliant when it happened in your team’s favour. It wasn’t perfect, but no-one had ever expected football to be perfect. We’ll miss these moments as the game rushes headlong toward a sanitised version of itself.

Thoughts on the future of the FA Cup: John says, “There’s no point in thinking it will be as it once was. The Premier League killed that kind of FA Cup. That’s where the blame lies. The fact we spend more time discussing whether it is diminished or not, than talking about the actual cup, shows just how far it has fallen.

It is now sold wholly on the back of potential giant killings. Again, this is desperate stuff.

I remember a couple of years ago someone on the radio trying to sell Man City v Rotherham as a ‘potential upset’. City won 7 – 0.  Something that is so hoped for, so talked about, cannot be a surprise even if it happens.

All the ‘magic of the FA Cup’ is hooey. We can pretend a lower league side beating the PL club’s reserves is A Big Thing. And OK, fans rightly take their pleasure where they find it, but everyone knows it’s not what it once was.

All the usual proposals for change are not fit for purpose. Drawing top sides away from home is just fixing the draw. The idea is that it is random. That was part of the excitement. A place in the Champions League for the winner is a better idea but as it’s almost always a CL team that wins it, will make no real difference.

The problem is the financial inequality at the heart of English football and that is all the fault of the Premier League. We can have the FA Cup we all loved back, but we have to kill the Premier League first and tramp down the dirt to make sure it remains dead.“

John is the author of a terrific book, “Can We Have Our Football Back?” which goes into far greater detail as to the damage he considers the Premier League has done to the game as a whole, and his thoughts on what should be done about it. 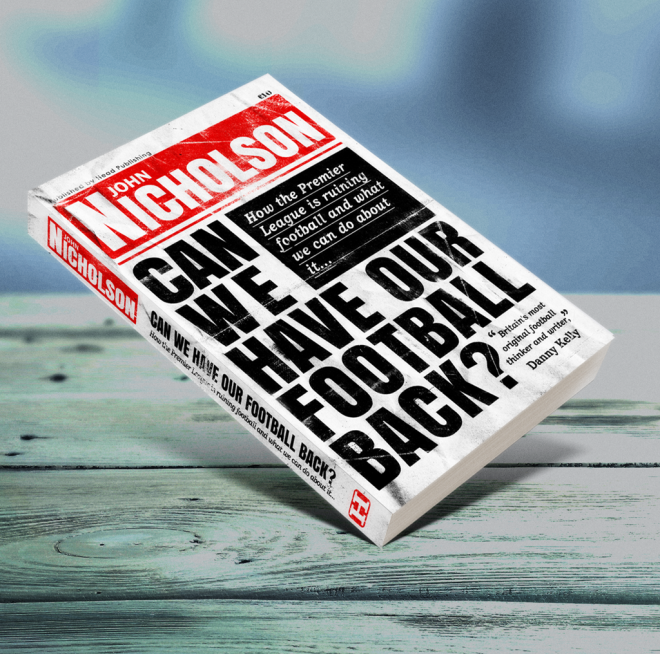 I agree with almost all of what John has to say, but I also believe that the FA Cup can thrive even if none of the things John identifies needs changing actually come to fruition.

It’s a non-too-simple matter of a re-positioning of the competition, and creating a desire to win it, in the minds of all participants, a re-positioning that has nothing to do with the financial rewards on offer.

It sounds very idealistic and far-fetched I know, but the FA has a large role to play in this, and they need to represent the competition’s interests and strengths more vehemently as it is attacked from all sides.

There’s still a vast amount of love for the FA Cup around the world, and if only those profit focused club owners could see the other benefits of treating the FA Cup as something worth winning, then maybe it could have a future more akin to its past.

My deepest thanks go out to John for taking the time to provide such wonderful personal memories of the FA Cup. I encourage all of you to read his book. It’s very thought-provoking and provides an alternate view to the health of English football that has considerable merit.

No. 7 in this FA Cup Memories series, the recollections of the Chief Football Reporter at talkSport and an ITV match commentator, can be found on this link: https://facupfactfile.wordpress.com/2020/05/07/fa-cup-memories-series-17-sam-matterface/

No. 5 in this FA Cup Memories series, the recollections from an award winning, highly regarded, chief football journalist at The Times, can be found on this link: https://facupfactfile.wordpress.com/2020/05/05/fa-cup-memories-series-15-henry-winter/

You can read this exclusive FA Cup Memories series from where it all started with BBC 5 Live Commentator John Murray by clicking on this link:   https://facupfactfile.wordpress.com/2020/05/01/fa-cup-memories-series-11-john-murray/

The FA Cup Factfile is THE most comprehensive resource for FA Cup facts & stats. Spanning almost 150 years of FA Cup history, covering over 3,200 clubs playing more than 71,500 FA Cup matches, the FA Cup Factfile contains facts and stats for Arlesey Town to Arsenal, from Liversedge to Liverpool, and from Mangotsfield United to Manchester United. Visit my website https://facupfactfile.co.uk/ for more details on how you can access my vast FA Cup database View all posts by facupfactfile